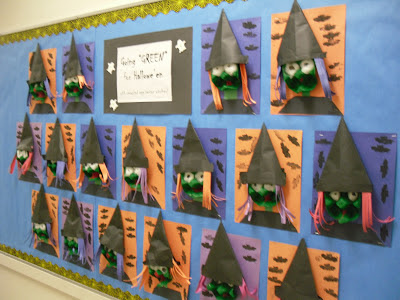 Last week we made these cute witches out of egg cartons.  This is very similar to an Halloween craft I did 2 years ago.  I found my crumpled up head sample in my Halloween box.  Here is the witch from the original lesson: 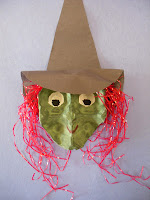 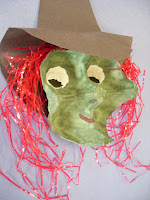 The finished witches had bodies as well but I only kept the sample of the head.  Although I recieved many compliments I thought I would never do them again because the hair and the hats were quite an ordeal to attach and I found I did too much of the craft for the kids.

Then I saw this adorable scarecrow on Pinterest
http://www.artsonia.com/museum/art.asp?id=7009252&exhibit=233564&gallery=y
and thought I could apply some of the same ideas to my witches.

I precut all the egg cartons.  By cutting the bottom two egg cups at an angle it created
the perfect chin for our witches.

The hats were made by folding simple paper boats.  However, I found that they just were not pointy enough for my witches so I added an extra fold to sharpen up the hats a bit.  This was the hardest part as origami is not a developed skill in most grade ones.  But they managed with a little help. 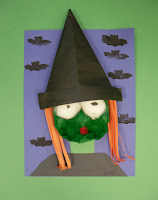 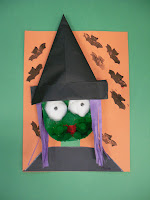 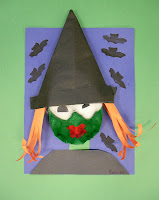 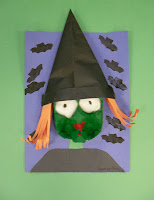 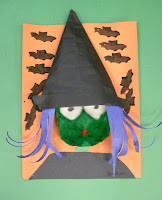 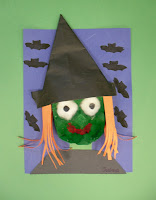 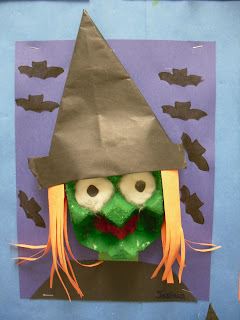 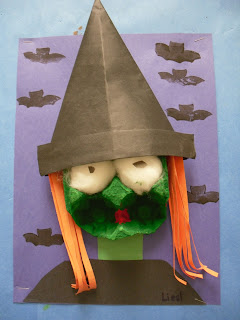 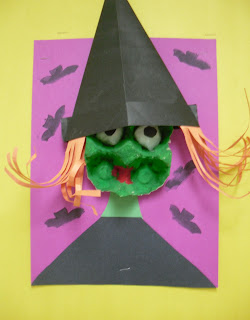 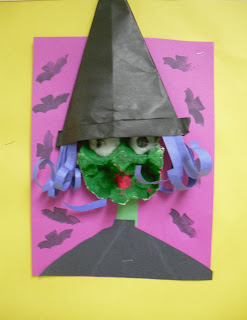 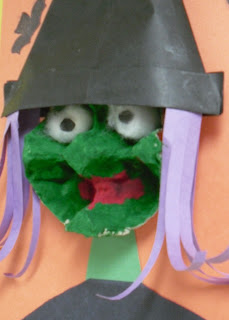