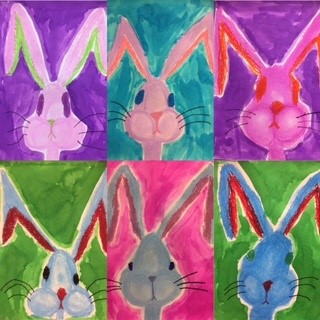 How adorable are these little guys?!?
I experimented with a new bunny portrait lesson this year.  These bunnies were created by my little Grade 1 and 2 artists.


I love chalk pastels.  They are one of my favourite mediums to work with.
But be forwarned as they are VERY messy. 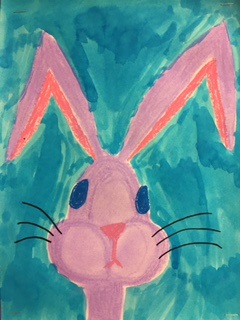 We did this lesson over 3 days as I spent the first day letting them explore the pastels on large sheets of newsprint and then practising how to make our bunny shapes.  We also practised not putting our free hand onto the markings we made on our papers... 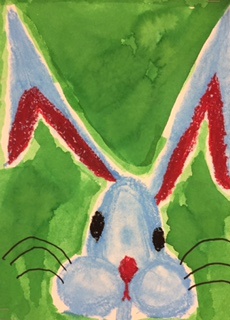 The students started with a neck, then made 2 touching circles (like a sideways 8).  They traced over their circles repeatedly, trying to make them both the same size.  Its okay if they aren't right on the first go as you can always add to the shapes and rub away some of the mistakes.  Once the circles were pretty equal they continued tracing their circles a few more times. 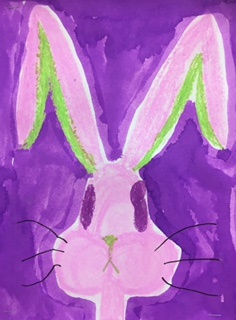 Next they added a "hill" on the 8.  Again tracing until they were happy it was fairly centred on the sideways 8. 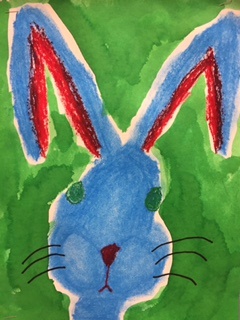 Next they added the ears.  I had said that they kind of make an M shape, and as you can see some of them took that very literally!! 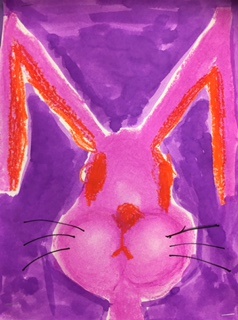 Once they were happy with their bunny form they were asked to use ONE finger to blend the chalk as if they were re-drawing the bunny - going in circle motions around the 8, back and forth on the hill, and the ears they were free to colour in the the chalk.  They were to try to drag the chalk into the shapes to fill them as they were tracing. 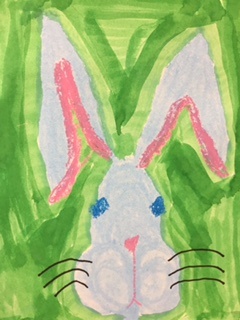 For the next part we switched to oil pastels.  They made a small upside down triangle in the 'dip' of the top of the sideways 8 and drew a line and upside down Y for the rest of the muzzle.  Eyes were added to the sides of the head and inner ears were coloured. 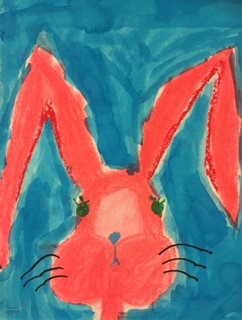 I got them to paint the backgrounds in liquid water colors to wash away any fingerprints around the bunny heads. 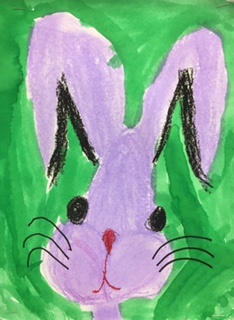 The final touch was to add whiskers with a black sharpie. 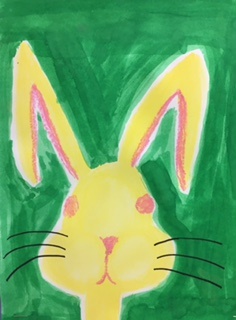 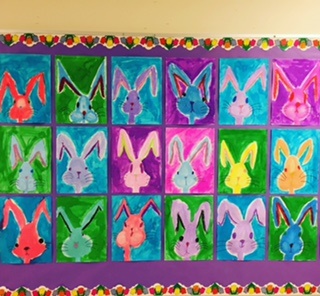